The prevalence of chronic disease for African Americans is substantially higher than their white counterparts. According the National Health Statistics African Americans had higher rates of hypertension, diabetes, and obesity (U.S. Department of Health and Human Services [HHS], 2010). In addition to having a greater risk for chronic disease African Americans experience more complications and endure greater rates of mortality. Although current data indicates that there have been improvements in mortality rates, life expectancy, and disease prevalence, disparities between the races are still substantial.

In the United States data on health disparities is rarely presented in an intersectional manner, edifying race, class, and gender (Kawachi, Daniels, and Robinson, 2005). It is through the use of controlling black female images that the interpellation occurs and health disparities are perpetuated. When individuals connect with images and do not engage them critically we allow dominant hegemonic representations to colonize our minds, shaping our assumptions about ourselves and others (Gauntlett, 2002). The connection between how black women were viewed and the implications it might have on health policy, health education, and individual interaction with the healthcare system has never been directly addressed in health disparity literature. Researchers tend to focus on issues of access emphasizing availability of adequate health insurance, culturally competent healthcare providers, and medical centers (Smedley, 2003). While, addressing issues of access is an important component in reducing health disparities controlling for these factors health disparities still remain.

Controlling for variables such as income, health insurance, and access provides minimal  impact on the health of African Americans when matched to white counterparts, so the question must be asked, “why do black women have so many health problems relating to obesity, diabetes, and heart disease?” What part does racist and classist ideological beliefs have on health outcomes? Focusing on the short-comings of health education in regards to enacting positive change in minority communities brings one to the study of black female images. It is through these images that black female identity is viewed and formed, shaping intra-personal and interpersonal development and interaction. The intrapersonal deals with the psychology of the individual delving into how identity and self concept is conceived, and this is important for understanding of how the individual may view self, which provides insight into potential motivations for self-care.

The construction and perpetual use of misrepresentations of black womanhood has left an indelible mark on the American healthcare system. As an African American female the relegation to subservient and deviant roles is assured; for the female staring as the jezebel or the mammy is the best that can be expected. Reiterations of these representations play out on the news, television shows, magazine covers, and movies. Visual, auditory, and social text displaying these controlling images almost seem inescapable. Text provides a specific discourse about race, class, gender, and sexuality, and while the viewer is able to pick and choose the text that he are she interacts with the process of mediating the messages that are received is not entirely possible. Living in a perpetuate world of performance due to the white gaze African Americans loss ‘self’ taking on the embodiment of the oppressor’s image of other. This internalization of mammy or jezebel requires the African American woman to perform her ascribed role. The role of the mammy as it relates to self-care does not allow space for the black woman to acknowledge her mental or physical health. The role of the mammy is to care for the needs of others and sacrifice herself for the good of others. The jezebel on the other hand has no real regard for her health or that of anyone else. Her function is to seek pleasure and satisfy her temporal desires.  Both images construct identities disconnected from self in the sense that one is unable to be attuned with what is needed to become and remain well. Likewise, many of the other representations of black womanhood suffer from this lack of attunement due to being conflations of old representations of slavery, reclaimed oppressive images, or images constructed in binary opposition to hegemonic representations of white superiority.

Resolving health disparities becomes far more than simply providing education and access, it hinges on identifying racism and acknowledging the cultural and political power that racist images and narratives have in our social ecological spheres (Shavers, 2006; Sanders-Phillips et. al.). Understanding the intentions and motivations behind health behaviors of the marginalized comes with deep exploration of those oppressing acts and representations that serve to colonize and recolonize (Speight, 2007).  A stripping away of oppressor hegemonic cultural narratives must be undertaken and empowered counternarratives constructed from more authentic afrocentric spaces must occur. 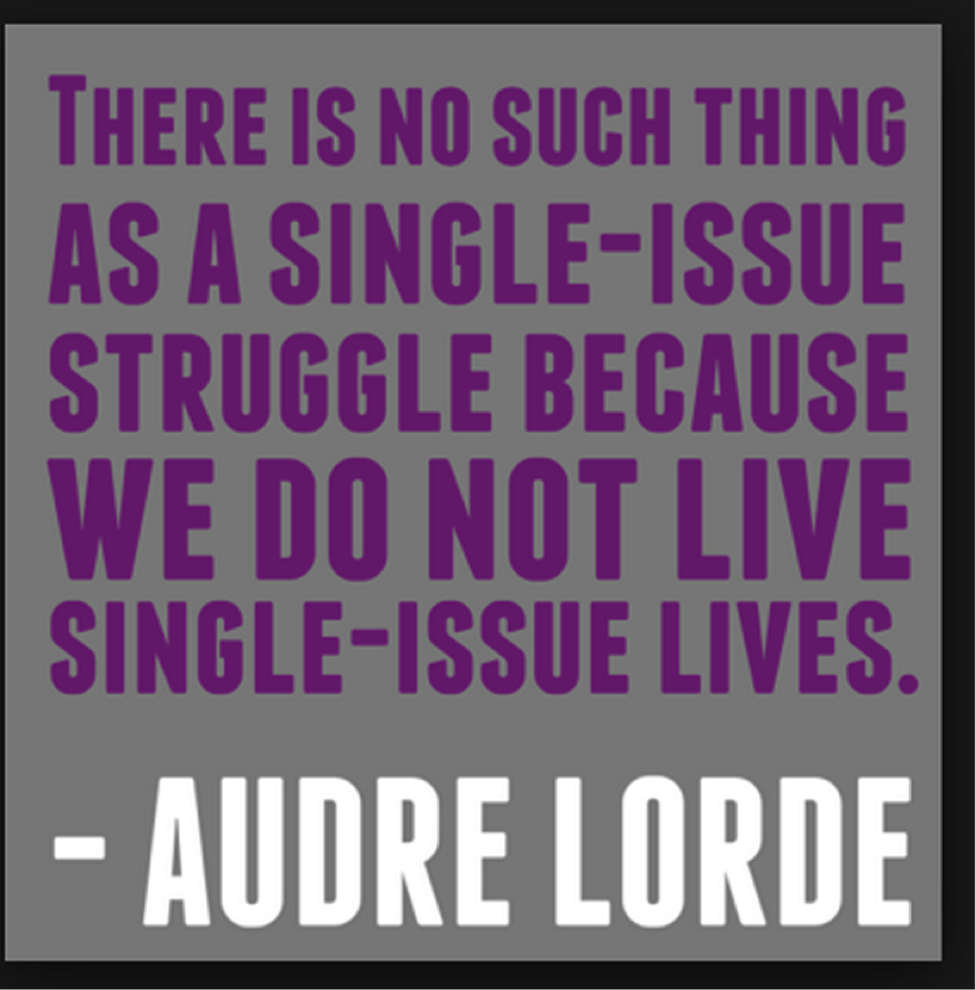