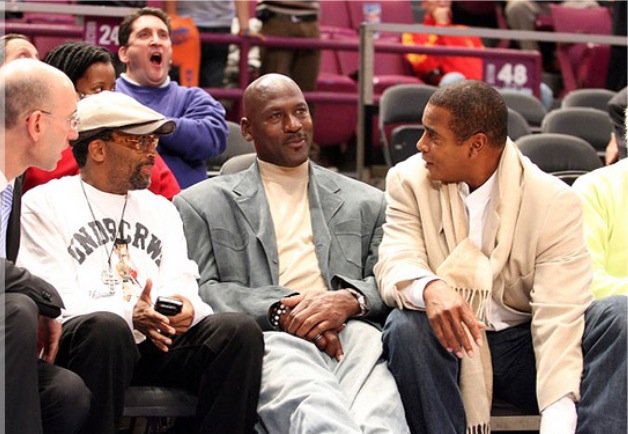 We’re on TV too

I appreciate the presence of diversity in media.  It is important to have people who represent different backgrounds, experiences, and ideologies for public display.  Not only does this diversity provide a wealth culture and knowledge to the platform, but it also provides those who have not typically found people “like them” in prominent roles to see examples of men and women with their own stage for expression.  In regards to sports, I always enjoyed the fusion of sports and society Stuart Scott brought to the screen at ESPN, the depth the Gumbel brothers brought to their respective reporting, and the intimacy Ahmad Rashad was able to evoke in his interviews.  The opportunity to see images of men as leaders, who reflected characteristics of myself, was powerful for my growth.  Although these men are seen as leaders in their field, the image portrayed of black men is not always a positive one.  There is a clear hypocrisy and discrepancy in the language used when referencing the actions of the typical “other groups” of our society. 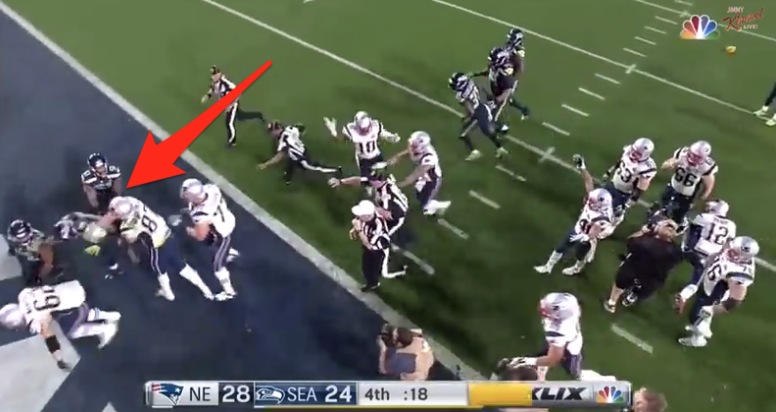 During the Super Bowl there were two noteworthy events that took place.  The Seattle Seahawks decided to throw the ball inside the 1 yard line, a call almost everyone acknowledges as terrible.  The other event was the skirmish that occurred following the interception from this 1 yard pass attempt.  Tempers flared following the clear mishap of the Seahawks coaching staff, resulting in several players on Seattle’s defense throwing punches and wrestling with Patriots players.  From the video it is clear that the instigation was on the side of the Seahawks, and the postgame reporting did a great job conveying this.  They did not however accurately detail the role several New England Patriots players had.  The article posted directly after the game on NFL.com was seemingly deliberate in outing a specific Seahawks player, Bruce Irvin, for a “hit to the face” while chalking Rob Gronkowski’s involvement to “tossing aside one Seahawk with a shove to the head before getting hit.”  The duality of the language used is astounding especially considering Gronkowski was on Jimmy Kimmel’s Late Night show the following evening and described his involvement as “throwing some haymakers.” 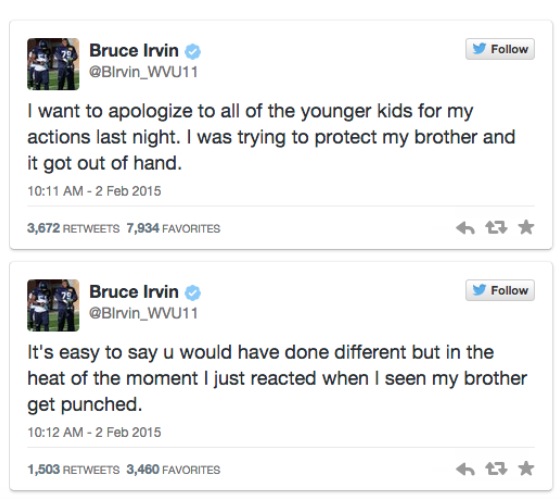 Throwing a haymaker and delivering a shove to the head are two drastically different actions.  A “haymaker” is known to be a wild punch intending to knock out the reciprocant.  Unfortunately this type of duality is not limited to this writer.  Following the NCAA National Championship football game, students of The Ohio State University took to the city to celebrate.  In their celebration they produced damage similar to those of looters and rioters, yet were continuously referred to as being “rowdy”, “revelers” and “unruly”, but were not seen as “thugs” and “savages” for destroying their respective communities.  Jameis Winston in particular has been under this same type of scrutiny during the past couple of months and specifically this week.  As the NFL draft is approaching Jameis is seen to be the top contender to be selected first overall, but this is not without doubters.  It has not been until this past week that crowds of people have taken a step back from the perception widely accepted of Winston.  The young star was accused of sexual assault last year, and was suspended for two separate incidents following the accusation.  His character has been at question as he has traversed these obstacles, all while being a Heisman Trophy winner and undefeated until his last college football game. 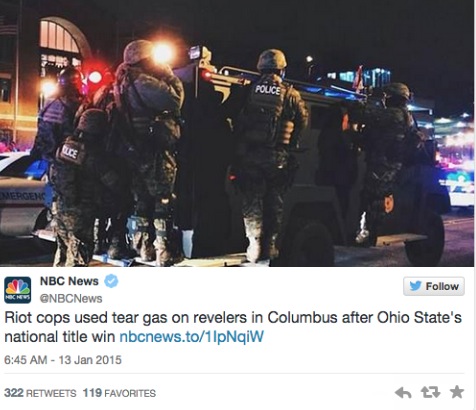 The most interesting part of this saga was the reaction following his loss to this year’s Heisman Trophy winner, and runner up in the NCAA National Championship, Marcus Mariota and the Oregon Ducks.  Jameis Winston ran across the field to shake hands and congratulate his opposition, an act fairly uncommon in college football.  Although some noted Winston’s act, most were quick to call the rest of the FSU players “classless”, a term that was failed to be used when describing the lack of congratulations done by the numerous other losers of the playoff games, like the Alabama Crimson Tide.  This language, although seemingly unconscious, takes a toll on the young minds.  The danger is that we, as youth, will ignore these differences and see them as the norm, creating a dichotomy in our own minds on what it means when different groups produce similar actions.

As the oldest child of a philosophy professor and practicing psychotherapist, it has always been important to my parents that I am deliberate and aware of my language when speaking, especially with my younger brother.  We should all be aware of the language we use, because intent and impact are not always synonymous.  This is why I attempt to use my words deliberately, but also understand the diction of others.  I hope as the diversity of the images we see increases, people will subsequently be held accountable for the language they use, whether intentional or not.