We, as black people, have to watch our every move now. The levels of anxiety and mental stress we endure in our own homes and communities will have everlasting effects on us. I’m conscious on what I wear, what I say, what I do in public, and just my overall image. It’s sad to say, but this isn’t a world where I can be myself outside of my room. 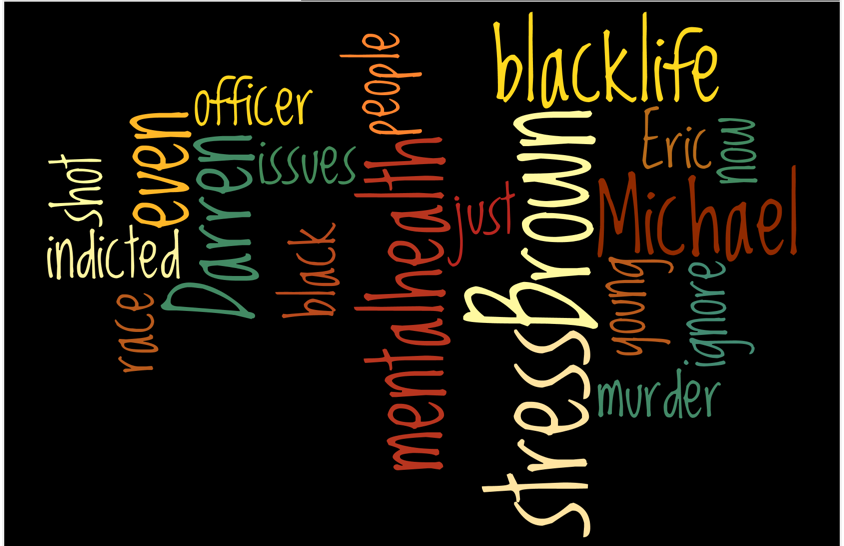 If it wasn’t for Michael Brown, I would have never heard of Ferguson, Missouri. If you’ve been living under a rock or choose to deliberately not hear the story, here it is. A 19 year old black young man was shot and killed in the middle of the street by law enforcement. Not only was the boy unarmed, but was shot at 12 times. They levels of unanswered questions surrounding the case are baffling. After Brown’s death, Darren Wilson, the officer who murdered Brown, somehow went into hiding. Darren WIlson wasn’t indicted. The transcript was published on the internet and his description of Michael Brown was horrendous.  Eric Garner’s murder wasn’t indicted either. The Supreme Court decided not to indict Eric Garner’s murder after video evidence of the officer using an illegal chokehold.

There have now been protests around the WORLD in support of Michael Brown and Darren Wilson, not forgetting all the other wrongfully slain brothers and sister in the recent days and even years.  Then, there is Baltimore with the media commentaries depicting the community in ways that only causes even more stress.

Why do we have to die so young? Why do I have to feel like a suspect when I’m just walking around from place to place? Why are there people that don’t understand that there’s something to understand about race issues in America. It’s scientifically proven that ignoring race issues don’t make them disappear.  That’s doesn’t even make sense when you think about it. You can’t ignore your work and expect to get it done. Can you? You can’t ignore your hunger and expect to be full?