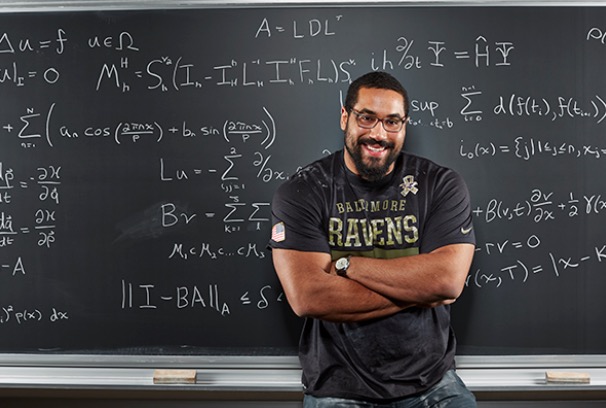 There has been much discussion on Baltimore Ravens offensive lineman, John Urschel.  Urschel is currently in his second NFL season, but his energy is not fully invested in football.  While attending and playing football at Penn State University, he earned both a bachelor’s and master’s degree in mathematics.  He is currently working towards a PhD in applied mathematics and was invited to speak to NSA mathematicians about an algorithm created by him, to aid in the organization of large amounts of complex data.  His published works have been widely celebrated in and outside of the mathematics community.  Urschel has been one of the more prominent figures pushing the importance of STEM education in school.  He has taken his position in the community to tour Baltimore and speak at local schools.  Although he is currently being profiled with articles about him found in the Huffington Post, Sportsnation, and Sports Illustrated, he is not the only NFL athlete who has dedicated his time to STEAM education. Vernon Davis, the San Francisco 49ers current tight end has also been highlighted. 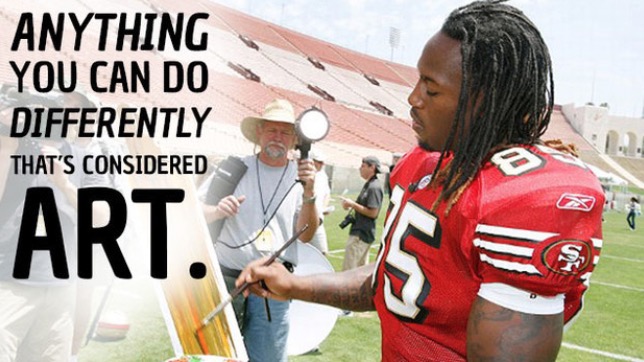 Vernon Davis grew up in inner city Washington, DC and quickly noticed his passion for visual art.  He went on to change his major while at the University of Maryland from criminal justice to studio art.  He now continues to pursue his passion of art through painting. He now sponsors a visual arts scholarship, promoting the arts for interested high schoolers in the San Francisco area.  Davis, who was initially embarrassed by his interest in the arts while a high school student, has said that the arts have provided him with a refuge away from football life.  It has also taught him the importance of self-confidence, and wants to be sure that students interested in the arts are able to follow their interests regardless of social pressures of their peers. 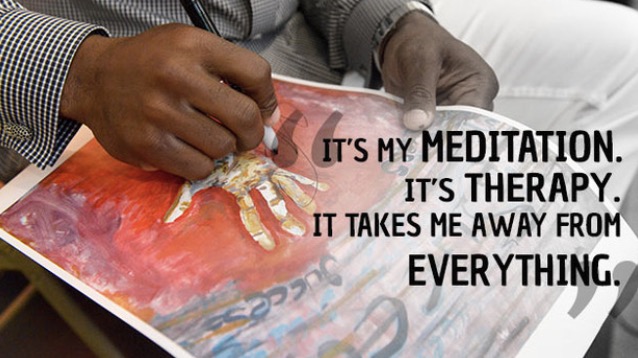 These two athletes are providing a great example of the multidimensionality of professional athletes.  These men have dedicated hours upon hours for a significant portion of their lives to football, but have found an alternative outlet in STEAM (Science, Technology, Engineering, Arts, and Mathematics).  It is important to note that education in these domains is pivotal for our education system.  We must expose children of all communities to these realms, providing them with a variety of options to pursue.  The ability of Urschel and Davis to use their platforms to advocate for STEAM is a significant stride for education, especially in the underserved communities in which they have spent their time.