serena williams womanhood', you without a doubt, stumble upon some articles speculating that…..." />

Why aren’t you smiling

Serena Williams’ womanhood has recently been under question. If you google ‘serena williams womanhood', you without a doubt, stumble upon some articles speculating that she is a male due to her amazing body. The body shaming that has surfaced due to this fit African-American Tennis player has without a doubt come at an interesting time, at the peak of her career. It seems as though the media had to discredit her exceptional achievements and question her on every move (including gender and health).

Interestingly enough, many of the gender questions have ended as it has become public knowledge that she has a relationship with Drake, the Canadian actor and rapper.  Now that she has a man on her arm, she is somehow now validated as a woman. The presence of a man, or his absence, should not be validating criteria to how feminine a woman is perceived. But because the media has “evidence” of her sexuality, there is no one questioning her womanhood any longer. 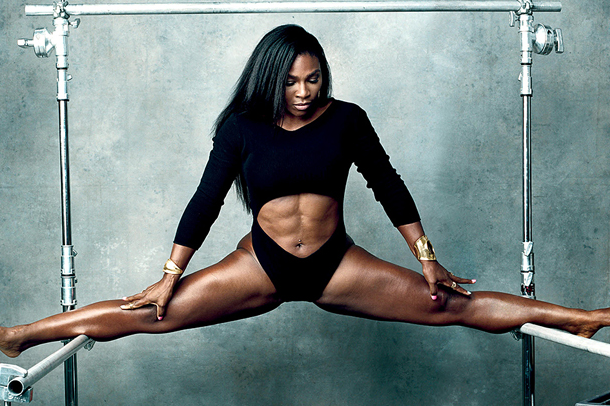 It often seems like the media just won’t let Serena live. As a woman, and one who smiles pretty often, it actually grinds my gears when I am asked why I’m not smiling. Most of the time there is some male stranger who thinks they have the authority and the privilege to tell me to smile. I assume this describes the reporter who thought it was reasonable to ask Serena during the press conference why she wasn’t smiling. Unfortunately we live in a society where some members expect you to react in a prescribed way. When you don’t, they assume something must be wrong as the reporter did during the press conference. 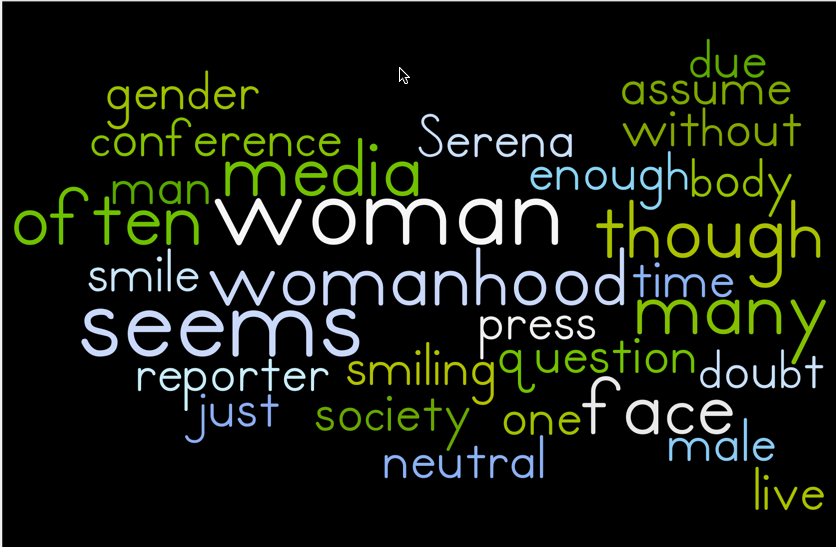 It is as though society unconsciously has a problem when females keep a neutral face. During the recent Apple Event this September, the Adobe Creative Suite presentation showed the ease of being to edit the woman’s face from neutral to a moderate smile. The model’s resting face was not good enough and had to be modified it seems. It often seems as though many women just can’t win.  We can only wait for the day when our world is willing to accept that there are many definitions of a woman and all of them are SELF-DEFINED requiring no explanation. 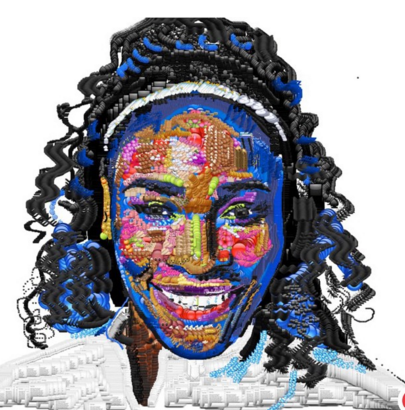